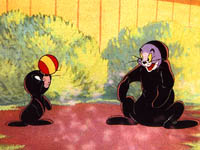 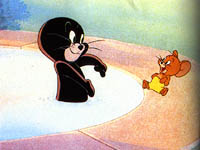 Biography
An escaped Circus Seal from the G.H. Bros. Circus. This baby seal doesn't want to go back to the circus. Tom on the other hand, wants to send the seal back to the Circus in order to collect the $10,000 reward for the seals return.

Relationship to Tom and Jerry
Befriends Jerry
$10,000 for Tom once he captures him