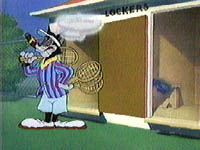 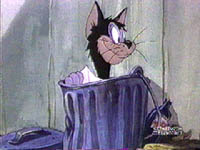 Biography
The typical alley cat. Always there to ruin Tom's romantic plans with whichever cute kitty is in town. very street smart, which puts Tom on the backfoot since he's not been out on the street enough for him to pick up those smarts! most often, butch's entry either helps Jerry get away from Tom or, will make Jerry team up with Tom.

Relationship to Tom and Jerry
Friend/Enemy/Constant Rival to both.